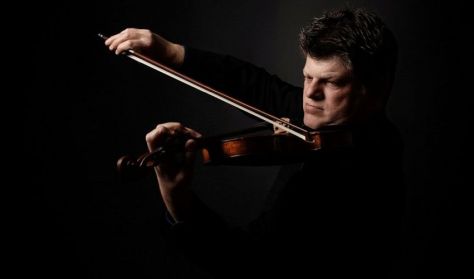 The concert will start with Mendelssohn’s violin concerto, written in his mature years, conducted by the Israeli Daniel Oren, music director of the Verona Opera Festival, with the excellent Guy Braunstein playing the solo part. The composition, including a virtuoso opening movement, a singing air, and a finale evoking the atmosphere of A Midsummer Night’s Dream, will be followed by one of the most popular pieces of Bruckner, his Symphony No. 4, which he revised several times. The composer accompanied the music with the description of scenes from a knight’s tale, but the movements, built up in a lucid and deliberate manner, guarantee an overwhelming experience that shuts out the outside world, even without knowing the program.

After his violin concerto, written at the age of 13 and considered quite a nice attempt, it took Mendelssohn more than a decade and a half to return to the genre. However, the composition was hindered by illnesses and other works, so the piece was only completed in 1845. Ferdinand David, the composer’s violinist friend, helped him with technical issues throughout the process, and became also the dedicatee of the work. The result was the last major orchestral piece by Mendelssohn, a violin concerto with a simple structure, but which is also highly innovative. Instead of an orchestral introduction, the soloist starts right away at the beginning of the first movement, even playing the virtuoso cadenza before it would be suggested by the form of the movement. It is not only the violinist who is impatient in this concerto: the three movements follow one another without pause, linked by different passages. After the slow movement, evoking the world of Songs Without Words, the piece concludes with a joyous finale, introduced with a fanfare of trumpets.

Urged by his friends, Bruckner eventually agreed to add a programmatic description to his Symphony No. 4. However, beyond the medieval tale, the style of the composition also justifies the subtitle “Romantic”, as the composer follows in the footsteps of Weber, Schumann and Wagner. Of course, the symphony has also the typical characteristics of Bruckner’s style: the expansive and leisurely manner of building the composition, the step by step development, the themes introduced one by one with a lengthy elaboration – and all this for an orchestra of Beethovenian size. After the failure of his Symphony No. 3, Bruckner, who was a genuinely shy person, revised the piece significantly: he composed a new scherzo, while in a later version he also changed the finale, which had already been drastically revised. The premiere in 1881 was a huge success: the composer was called to the stage after each movement. Here is how he described the first movement: “Medieval city—Daybreak—Morning calls sound from the city towers.