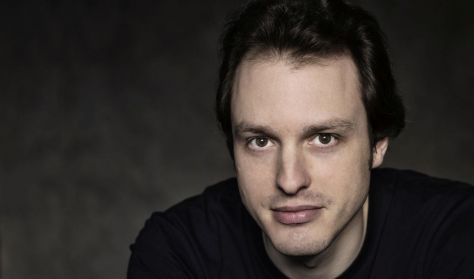 The very first symphony by the 25-year-old Haydn, one of the early symphonies of the 14-year-old Mozart and the first string symphony of the 17-year-old Mendelssohn will be among the pieces performed at the June concert of the BFO’s Concertino series, proving that classical music can be youthful.  more

The program also features a Mozart concerto, more popular for flute but originally composed for oboe and orchestra, with the solo part played by Victor Aviat, principal oboe of the Festival Orchestra, who has also worked with the BFO as a conductor on several occasions. He has been described by Iván Fischer as “a very sensitive musician, who is fascinated by the details”. The concert will end with a so far unknown series of well-known melodies: The popular waltz melodies of Richard Strauss’s opera, Der Rosenkavalier, will be performed as rearranged by Péter Kostyál, the orchestra’s violonist.

Although the first symphonies in the history of music were not composed by Haydn, his unique solutions, unmistakable style and groundbreaking innovations earned him the title “the Father of Symphonies”. His piece composed around 1757 follows the Baroque traditions in many ways – Bach died only seven years earlier and Handel was still alive – but the opening movement’s Italian energies and the slow movement’s charm and harmonic surprises, as well as the occasional flippancy of the finale, already signal a new era.
The Italian influence can also be detected in the symphony that the child Mozart composed in Italy. The piece was probably meant to be the overture to the opera Mithridates, King of Pontus. The first movement, starting with some striking accords and conveying drama, is entitled Introduction. It is followed without a pause by the pastoral slow movement, full of trilling bird songs and the music of creeks, and then a short rondo closes the piece.

Famous oboe virtuoso Giuseppe Ferlendis joined the orchestra of the Archbishop of Salzburg in 1777, so he served there together with Mozart for almost half a year. They soon became friends, which resulted in an oboe concerto. The lucid, lightly orchestrated composition shows both the playful and singing sides of the oboe. The first movement, anticipating Papageno, and the liquid, chromatic air are followed by a Haydnesque laughing finale.

In his twelve string symphonies, composed when he was 12-14 years old, Mendelssohn followed the early classical predecessors. These efforts are basically exercises, but they are still subtle pieces, sometimes with a unique atmosphere. In the first piece of the series for strings, the bright C major of the first and last movements frame a mellow slow movement in A minor.

Richard Strauss composed several suites from the melodies of Der Rosenkavalier, premiered in 1911. However, there are still a number of wonderful tunes in the opera left out from the symphonic concert pieces. The selection of Péter Kostyál also adds these parts to the popular citations. His arrangement for a string orchestra substitutes the wind parts with exciting tones; it is novel and yet preserves everything the composer imagined.