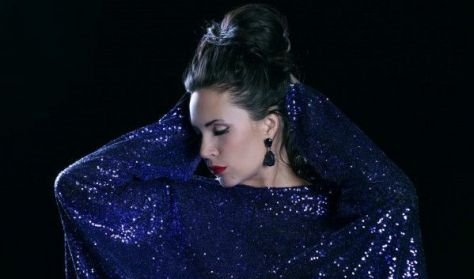 This outstanding and versatile Bulgarian soprano, the winner of Plácido Domingo's 2010 Operalia Singing Competition is not only a regular guest at New York's Metropolitan Opera, London's Covent Garden, and the Vienna and Bavarian state operas, she has also performed several times for Müpa Budapest's audience of opera-goers. In recent years, we have heard her as Violetta, Luisa Miller and Mimì. This time around she is going to guide her listeners through the uniquely thrilling chapters of the Romantic and fin-de-siècle Italian repertoire with a selection of arias by Verdi, Puccini and his verist contemporaries.

When the singer made her Metropolitan Opera début in a 2013 showing of Rigoletto, the New York Times had great praise for her performance: "Sonya Yoncheva brought lovely stage presence and a sumptuous, penetrating voice to her performance. (…) Ms. Yoncheva has such vocal glamour that, almost without trying, she tapped all the teeming emotion and sensual yearning that swirl just below Gilda's demure outer nature." As for her artistic credo, this singer who has also appeared partnered with Sting and Elvis Costello says, "I would describe myself as a creature of the stage to the very core: I love the stage more than anything else. I adore performing. However, in order to be able to portray complex characters well, I absolutely must dig deep and hide in their skin. The opera today is closely linked to film, with the Met's performances being broadcast at cinemas in HD. That's why I also feel it's important for viewers to see every emotional tremor clearly. It's gratifying that others also see this as being done successfully, because it's part of my mission to present the opera from a different perspective. I believe that we have to renew the genre. If we are only allowed to take part in traditional performances, as a cliché-like opera diva, it would not only be uninteresting, but would also condemn our artistic work straight to oblivion.”