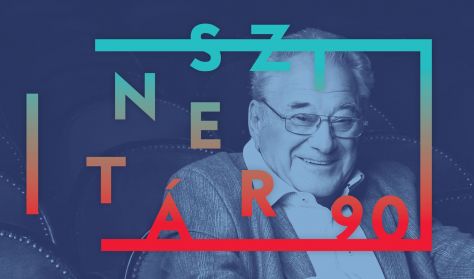 A celebration of an unparalleled life

He started his career as an extra here at Erkel Theatre in 1949, and this is where he started working as a director. He headed the Opera for eight years and the Operetta for four. He worked for the Hungarian National Television for 28 years in various management positions, but what is even more astounding is that he taught at the University of Theatre and Film Arts for 51 consecutive academic years. Known as Professor to everyone, the doyen of not only opera directors but all Hungarian directors, we will be celebrating Miklós Szinetár’s 90th birthday with an apt gala that will include a screening of his first opera film, Éjszakai repülés. And knowing the guest of honour, the audience will not be left without personal appearances, either.