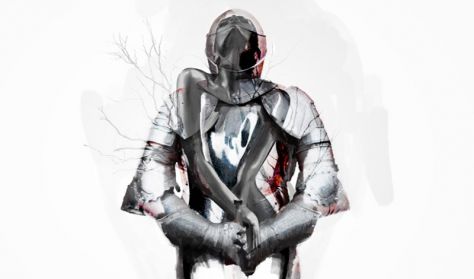 Bühnenweihfestspiel in three acts, in German, with Hungarian and English surtitles

In Parsifal, his final music drama, Wagner embeds fear of the temptations of the world and sinful desires into a tale of redemption. The work is indeed a festival play for the stage rather than an opera. Many viewers – perhaps out of their own fears – criticised Wagner, who wrote both the libretto and the music, for what could be called the piece’s virtue and remarkable complexity, which is the personal tone with which he portrayed a religious theme combining notions of sacred and profane love. Designing the visual world of this new production directed by artistic director András Almási-Tóth will be Sebastian Hannak, who was also behind the look of Porgy and Bess and The Fairy Queen.

Act I
A forest near Monsalvat, the castle of the Holy Grail. Gurnemanz, a knight, and several young pages are saying their morning prayers. Suddenly Kundry appears: she is a mysterious woman of unknown age who also serves as the Grail's messenger. From far away, she has brought a salve for Amfortas, the king of the Grail knights, who is tormented by a wound which will not heal. It is foretold by prophecy that his suffering “will be brought an end by a pure fool made wise through compassion.”
As the ailing king is taken to bathe, Gurnemanz tells the story of how his suffering came to be: The Holy Grail – that is, the cup from which Christ drank at the last supper and into which his holy blood was shed – and the Spear – which had been used to pierce his body as he suffered on the cross – had been entrusted to Amfortas's father, Titurel, by the Saviour's blessed messengers. In order to guard the holy relics, Titurel built a sanctuary and assembled an order of virtuous knights. Wishing to join the Brotherhood, Klingsor found himself unable to surmount his own sinful thoughts and castrated himself as an act of penance, although this did not prevent him from being rejected by the Order. His ensuing rage endowed him with powers of darkness: out of revenge, he built a castle with a magical garden full of seductive women he could use to lure the knights into his trap. Many knights fell victim to him, so Amfortas, Titurel's successor, resolved to put a stop to Klingsor's evil sorcery. However, he too fell victim to a “beautiful woman”, allowing Klingsor not only to seize the Holy Spear from him, but also to wound him with it. The wound can only be healed by the innocent youth described in the prophecy.
A sudden clamour breaks out: someone has mortally wounded a swan. The culprit is soon found: a young man who is unable to give an explanation for his deed and who feels remorse only when Gurnemanz reproaches him. Nor does he know his own name or anything about his own past, although he does remember his mother. He is interrupted by Kundry, who knows the young man's story: his mother had hidden him in the forest for years in order to prevent him from meeting the same fate as his father, who fell in battle. Gurnemanz takes the lad to the castle, wondering if he might be the one spoken of in the prophecy...
The knights gather in the great hall of the castle. Titurel asks his son to uncover the Grail, but Amfortas is unwilling: while the sight of the cup prolongs Titurel's life, it also increases his son's torments. Titurel gives the order to the pages, and at last the Grail illuminates the hall. The nameless youth observes the sacred ceremony in wonder, but understands none of it. The disappointed Gurnemanz throws the young man out. Again the prophecy is heard: “A pure fool, made wise through compassion...”
Act II
Klingsor knows that the nameless youth has been called to rescue the Grail, and therefore must be destroyed. He summons Kundry to his castle and forces her to seduce the lad. Her protests are no use: Klingsor has her in his spell...
The young man enters the magical garden. Amorous flower maidens besiege him, but he resists them. Then Kundry appears in the guise of a beautiful woman. She addresses him as “Parsifal”, and the lad realises that this is the name his mother called him in his dreams. The seductive Kundry recalls pleasant memories from the young man's childhood, and then kisses him. Parsifal is suddenly overcome by terrible anguish. Understanding that it was Kundry who caused Amfortas's downfall, he realises that it is his mission to safeguard the Grail and its knights. Kundry is astonished at Parsifal's transformation and begs for the man's pity. She laments how she fell under a curse when she laughed at Christ as he suffered on the cross. Parsifal is unmoved, and Kundry curses him, calling Klingsor to her aid. The sorceror appears, aiming the Spear at Parsifal, but in a manner verging on the miraculous, the youth catches it in the air. Klingsor's dominion is done for.
Act III
Titurel is no more. Amfortas, yearning for death, no longer allows the Grail to be uncovered. The Brotherhood is incapacitated. Now grown old, Gurnemanz is living as a hermit in the forest near Monsalvat, where he discovers the remorseful and exhausted Kundry. A strange knight approaches: it is Parsifal with the Holy Spear. His efforts to find his way back to Amfortas and the Grail had long been to no avail, since Kundy's curse had left him wandering uselessly for years. Kundry washes Parsifal's feet, while Gurnemanz blesses him and crowns him king. Parsifal baptises Kundry. They are all amazed by the radiant beauty of nature: the magic of Good Friday. Distant bells call them to the castle for Titurel's funeral.
Knights enter the great hall, bearing Amfortas on a litter. The king is unable to complete the ritual: he begs his knights to kill him in order to bring his torment to an end. Parsifal approaches and touches his side with the Spear. Amfortas's wound heals. Parsifal displays the Grail and blesses the knights as they venerate it. The Grail and the Spear are united.