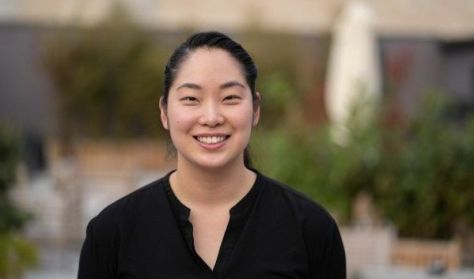 The programme for this concert offers the audience both treasures that hardly need to be discovered along with other ones that you can bet are ripe for discovery. Certainly included in the latter category is the young South Korean composer's Piano Concerto, and there should be no doubt that his countrywoman on the conductor's podium for the evening also offers an opportunity for discovery - all the more so because, in most of the countries of the world, it is still unusual to see a female at the helm of an orchestra.

The millennia of human history can also be read as the story of various inequalities and injustices. One chapter of this story is about the many activities that social conventions stubbornly prevented women from engaging in. These have been numerous, and many of them still remain. One of them, without a doubt, has been the job of conductor. It seems that, from the very beginning, the world has seen conductors as being somehow in command, and even today many people feel that anyone giving commands should be a man... However, giving commands is not what a conductor does, as their task is instead to unite, coordinate, harmonise, help, encourage and inspire! And this is what Holly Hyun Choe - born in Seoul but raised in California - does when she has the baton in her hand too. These days, this happens most frequently in Switzerland, as she currently heads an orchestra there. Based in Munich and also a conductor, Hankyeol Yoon is taking part in the Eötvös Foundation's music composition programme in the 2020/21 season. The prominent and well-established Hungarian pianist József Balog needs no introduction, and neither do Schubert's Rosamunde interludes or Prokofiev's Classical Symphony. Shostakovich's light-hearted Ninth Symphony (there do actually exist some light-hearted ninth symphonies!), on the other hand, will still have the power of novelty for many people. Let's go and discover them!