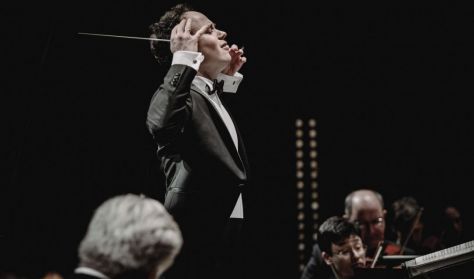 No concert will be lost, only delayed – this could be the shared motto of Kitayenko and the Festival Orchestra. Following his cancelled concert in 2016, the conductor directed the BFO first in 2017, and his program planned for 2020 may only be performed in the new season. The concert will feature a piano concerto that brought Rachmaninoff back from depression and a symphony that made Sibelius successful throughout Europe. The conductor is an expert interpreter of both composers and his recordings of their works have won several awards. Despite her young age, “marvelous, intense and boundlessly virtuosic” South Korean Yeol Eum Son, who was called “a model of clarity and fleetness” in the The Times, has already performed the most difficult piano concertos. This time too, she will be in for some challenge.

Important events took place in 1901 across the musical world: Sergei Rachmaninoff completed his Piano Concerto No. 2, and Jean Sibelius set to work on his Symphony No. 2. Both works represented breakthroughs for their composers. The former helped Rachmaninoff give up alcohol and break free from his depression caused by a failed premiere. After the failure of his first symphony, Rachmaninoff doubted his abilities as a composer and saw himself in the future only as a conductor and pianist. However, even those careers were threatened by his worsening depression and addiction. He devoted the piece bringing the breakthrough to his physician, Nicolai Dahl, who helped with hypnotherapy not only his recovery but also the creation of the work. The traditional three-movement piano concerto with its beautiful melodies, exciting dialogues, several wind solos and solemn C major finale became the conclusion of a successful therapy. The composer never again fell into depression.

Sibelius began to ponder his Symphony No. 2 under entirely different circumstances, while on a peaceful excursion in Italy. The Finnish composer was inspired by the Mediterranean landscape to turn to themes like Don Juan or The Divine Comedy, however, he elaborated those ideas only later, in this symphony. The work brought Sibelius wide acclaim throughout Europe, something no other Nordic composer had achieved before. The unique usage of keys, the dark tone of the winds, the folk themes and the motifs of national color proved to be the ideal combination. This is the composer’s final work, in which he clearly pays tribute to classical forms and the greatest of his predecessors. The building blocks of small motifs in the first movement and in the scherzo clattering like a machine gun, the uninterrupted transition between the final two movements and the solemn finale all evoke Beethoven.