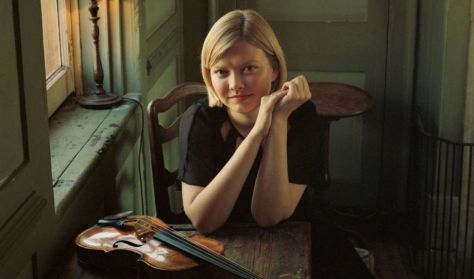 Russian characters emerge at BFO’s concert from three composers who found writing music a hard task. Lyadov was hindered by his own laziness; of his few surviving works, the concert features his music depicting nature in a fairy-tale world. Because of their harsh sound, Lyadov excluded all brass instruments from his score.  more

Sergei Rachmaninoff: Symphony No. 3 in A minor, Op. 44

Russian characters emerge at BFO’s concert from three composers who found writing music a hard task. Lyadov was hindered by his own laziness; of his few surviving works, the concert features his music depicting nature in a fairy-tale world. Because of their harsh sound, Lyadov excluded all brass instruments from his score. Written in the turbulent year of 1917, Prokofiev’s Violin Concerto treats the solo violin as first among equals rather than a dominating virtuoso. Rachmaninoff’s Symphony No. 3 wasn’t an easy delivery either. Neither critics, nor the audience were overwhelmed by the new work: posterity, however, did justice to the composer. The soloist is Alina Ibragimova, praised for her “immediacy and honesty” (The Guardian), whereas the orchestra plays under the baton of BFO’s regular guest conductor, music director of the Deutsches Symphonie-Orchester Berlin and the Glyndebourne Festival Opera, Robin Ticciati.

Owing to his absenteeism, Lyadov was expelled from the conservatory but, thanks to his gifts, he was readmitted. It was he who was commissioned to compose The Firebird yet he was disinclined to write it within a year. His outstanding abilities were not matched with industriousness, hence his small output. Always living within his own fairy-tale world, Lyadov is now known for just three of his compositions. The Enchanted Lake evokes a legend from Kalevala, as well as an untouched landscape full of fairies, about a Russian lake. The instruments, sluggishly awakening from their silence, use impressionistic harmonies to depict the ruffling of the motionless yet always changing water under the stars in a slow tempo – eventually the sound of the instruments gradually fades away.

1917 was one of the most tumultuous years in Russian history – and one of the most prolific periods in the career of Prokofiev, who withdrew to the countryside to escape from the events. This was when he returned to his “pondering” melody, first sketched in 1915, that eventually grew into a violin concerto in three movements. It is quite uncommon that the concerto has two slow movements enclosing a fast one. In the first movement, a lyrical and an angular theme are opposed. The middle movement is a grotesque scherzo, an agitated rondo – typical Prokofiev. The harmonies of the closing movement are even more colorful but the music resembles the earlier, lyrical atmosphere. Instead of the technique of violin playing, the neo-classical piece puts emphasis on musicality.

The fiasco of his Symphony No. 1 caused a serious breakdown for Rachmaninoff, and he abandoned the genre for some twenty years. After his Second Symphony, he needed a further ten years to begin the composition of his Third in the summer of 1935, in his chalet by Lake Lucerne. “Finished. Thanks be to God!” he wrote on the score a year later. The first theme of the opening movement is presented by the saxophone. This motto recurs quite often later on, for example in the fast main part, which also includes a Russian folk motif inserted by the homesick composer. In the middle of the slow movement – complete with a violin solo – there emerges an energetic, even angry, scherzo. In the Finale, after episodes of different characters and a citation of the Dies irae motif, a victorious recapitulation of the main theme seals the symphony.