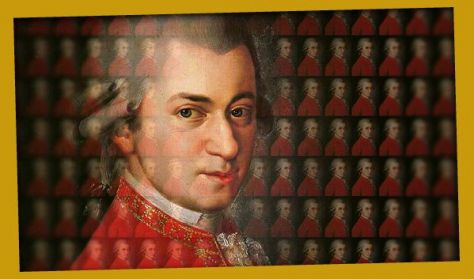 The Concerto in B-flat major was Mozart’s last piano concerto, completed in January 1791. It was made not for public presentation but a private concert: the virtuoso and conversational manner is instead given a warmer, more personal tone. The intimate, resigned tone characteristic of the work, its frequent use of the minor key, the intensified melodiousness of themes, the strenuously polished, refined technique, the striving for synthesis are all today considered traits of the late Mozart style. The emotional impact of these characteristics is all the greater given that we hear the Piano Concerto in B-flat major as Mozart’s swansong, although of course the composer did not write it thus. The finale theme was used by the composer in a well-known melody written just a few days later (Komm lieber Mai..., Come, dear May, K. 596).

In 1788, over the course of just a few weeks, Mozart wrote no fewer than three symphonies (we still do not know exactly for what occasion). Perhaps he was tempted by the possibility of academies made up of his own works. For a long time, it was thought that these pieces were never performed in Mozart’s lifetime, yet now we know the Symphony in G minor may have been played several times, for example, in Leipzig and Dresden during his Berlin trip, and in Vienna (April 1791). Antonio Salieri was conductor of the latter performance. However, the work’s true, breakthrough success came only after the death of Mozart. Schumann drew attention to the classical balance of the symphony and its “Grecian lightness and grace”. In the late 19th century, demonic features of Mozart’s music were discovered in this piece, which are embodied in the sombre and passionate performances of the work. Beethoven and Schubert held it in high regard (the work influenced the symphonic thinking of both composers) and it was decisive in shaping the image of Mozart for later generations.