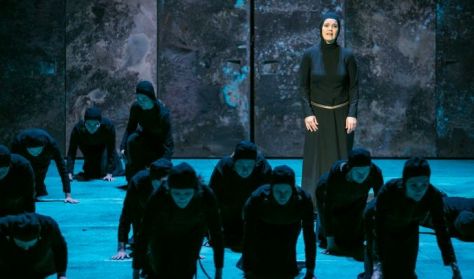 After visiting Aulis, star actress of Greek road movie winds up in Tauris. Star’s brother – unrecognised fordramaturgical reasons – also shows up with his amigo. Awkward discourse reveals that he had killed their mother in retaliation for murdering the father of both children (and mother’s husband). Further intensifying a plotline typical of families in Greek mythology, Title Character is about to kill brother when amigo arrives with a handy warship. Siblings flee to Mycenae, leaving everyone waiting for the sequel.

In Ferdinand von Schirach's play, a seventy-five-year-old man, who has lost his wife after fifty years of marriage, but is…