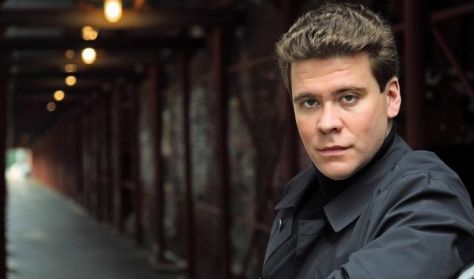 Two renowned and extraordinarily demanding works: Schumann's piano cycle Symphonic Etudes and Liszt's B minor sonata. To kick off the concert, we'll hear a Haydn sonata, and between the Schumann and the Liszt we'll also get a Chopin ballade and two Schubert impromptus. It is a remarkable programme that presents an enormous burden on the performer and demands a great deal from the audience as well - as the latter likewise "has to work" for the experience. But that is natural when the occasion in question is the Cziffra Festival and the performer is one of the most exacting pianists of our era, Denis Matsuev, who always raises the bar to the highest possible level.

We first got to know the young man from Irkutsk decades ago as a gladiator of the piano. His exceptional endurance and extraordinary virtuosity enabled him to perform several concertos by Tchaikovsky, Rachmaninoff or Liszt in a single evening - the kind of pieces of which one is already enough to play at a concert. As the years passed, we learned more and more about him. We found out how rich in colours his playing is, how poetic and sensitive to the great diversity of characters it is, not to mention what a splendid sense of humour he has. We also realised that Matsuev is not merely an extraordinary virtuoso, one who is often likened to Vladimir Horowitz: he is also a sensitive and versatile artist who is receptive to music carrying a deep message. On this evening, we will hear two of these, as Schumann's series Symphonic Etudes is a massive structure: a theme and 12 remarkable difficult variations with an etude-like character that coax orchestral sound effects from the piano. Liszt's B-minor sonata is a work of Faustian complexity due to its format consisting of a single movement segmented into several parts and style of composition that develops everything from a single theme. The former champion Matsuev will today take the stage as a profound thinker.

The government of Hungary has pronounced the hundredth anniversary of the birth of György Cziffra to be a memorial year, and UNESCO has added it to its list of jointly celebrated anniversaries.

The programme series is taking place as part of the Müpa Budapest and György Cziffra anniversary year with the support of the Prime Minister's Office and the Bethlen Gábor Fund.