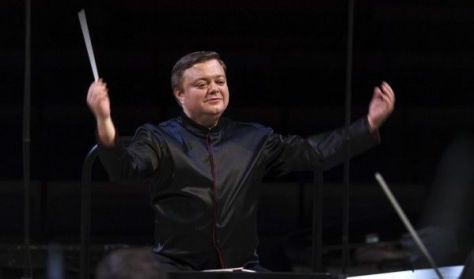 The highlight of the 2021 György Cziffra Centennial Year, this concert will take place one hundred years to the day after the incomparable piano virtuoso's birth. It is no coincidence that the symphony orchestra taking the stage for the evening is the Philharmonique de Radio France, as it was in France that the tempest-tossed Hungarian artist found a new home as an émigré and developed an intense relationship with the music world there. The programme also includes a world première by Péter Eötvös, a composer linked in many ways - both through his mother and his own childhood memories - to the great pianist.

As Eötvös recollects, his mother was one of the people who tried to help Cziffra after he was sentenced to hard forced labour building the Miskolc University of Heavy Industry in 1950s, and he himself had the opportunity to hear Cziffra play - still marvellously, despite the tremendous damage to his hands from the ordeal - in a café. In Cziffra Psodia, his new piano concerto also featuring a solo part for the cimbalom (to be performed by Miklós Lukács, one of the most notable masters of the instrument), Eötvös attempted to convey the vicissitudes and adversities of Cziffra's life by means of music. János Balázs, to whom the composer has dedicated the concerto, will also perform one of Cziffra's spectacular repertoire pieces at the concert: Liszt's grandiose Hungarian Fantasy. The Orchestre Philharmonique de Radio France was formed during the interwar period, in 1937. In recent decades, it has been conducted by such composers as Gilbert Amy, Marek Janowski, Myung-Whun Chung. Its current chief music director, since 2015, is Mikko Franck. Born in 1979, he was mentored by Jorma Panula and is now one of the most outstanding products of the globally successful Finnish school of conductors.

The government of Hungary has pronounced the hundredth anniversary of the birth of György Cziffra to be a memorial year, and UNESCO has added it to its list of jointly celebrated anniversaries.

The programme series is taking place as part of the Müpa Budapest and György Cziffra anniversary year with the support of the Prime Minister's Office and the Bethlen Gábor Fund.

JAMES BLUNT The Stars Beneath My Feet Tour