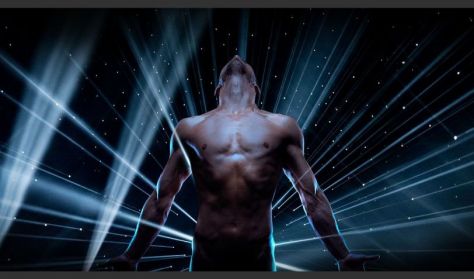 As in the company's previous works, the power of IMA is rooted in the modern-day longing for a miracle.

Recirquel Budapest: IMA
The performance is not recommended for audiences under the age of 12.

Recirquel Budapest, which has become one of the world's leading contemporary circus companies, was founded by director and choreographer Bence Vági in 2012. Their performances fusing contemporary circus, dance and theatre, have captivated audiences both in Hungary and abroad.
The company's new cirque danse production is an immersive theatrical experience that transports the viewer from the physical reality of earthly existence. The installation, which evokes the depth of the universe, invites you on a journey inside: in the pulsating space brought to life by the light emanating from millions of points, the Spirit, leaving behind the Ego, embarks on its own path. Escaping the noise of the present, in the solitude of the universe, torn out of time and space, it hears the voice of its own essence.

Please note that due to the nature of the venue and the production, we are unable to admit late arrivals to the performance, so please arrive on time.

The première was presented by Müpa Budapest as a joint event with Recirquel Budapest as part of the Bartók Spring.