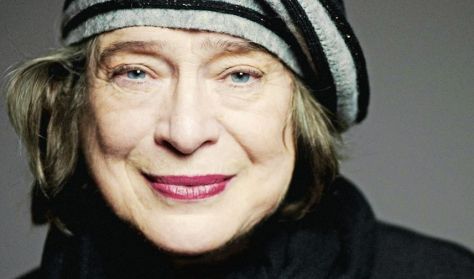 Antonín Dvořák: Legend in D minor, Op. 59/1;
Slavonic Dance No. 2, Op. 46/2;
I Will Not Say - chorus for mixed choir, Op. 29, No. 3Ludwig van Beethoven: Piano Concerto No. 4 in G major, Op. 58Antonín Dvořák: Symphony No. 7 in D minor, Op. 70The Dvořák–Beethoven series continues! Elisabeth Leonskaja, a former duet partner of Sviatoslav Richter, is one of the great masters of the piano. She will perform two Beethoven piano concertos over three days with the Budapest Festival Orchestra.First up from Dvořák will be the opening piece of the cycle entitled Legends, promising clear blue skies. His Slavonic Dances are often mentioned together with the Legends; of the eight pieces published as Op. 46 each one is based on a melody written in the spirit of Czech folk music. The concert this evening will feature No. 2 of the cycle. Dvořák’s works for mixed choir are seldom performed; following their success last year, the orchestra will again perform one entitled „I Will Not Say”.The first part of the concert will conclude with a Beethoven piano concerto. Elisabeth Leonskaja made her debut as a soloist at the age of 11 with Beethoven’s Piano Concerto No. 1. She will now choose from No. 4 and 5 at her three concerts. While the two works – both dedicated to the composer’s friend and patron, Archduke Rudolf – were written just a few years apart, one important change took place in the interim period: Beethoven irrecoverably lost his hearing. The composer was still able to play the solo in his Piano Concerto No. 4, but could never hear No. 5 as performed by his pupil Czerny – in all likelihood this was the reason for his giving up composing piano concertos altogether. Ignoring the unwritten rules of the concerto genre, both pieces begin with a piano solo, the first ones to do so in the history of music.Many say Symphony No. 7 is Dvořák’s finest composition. After hearing Brahms’s Symphony No. 3, the composer decided to return to the genre following a hiatus of five years. “There is not a single superfluous note in the work,” he wrote to his publisher. The work reflects the heated Czech political passions of the time, as well as the composer’s peaceful, harmonious love for his homeland. The slow movement represents Dvořák’s mourning of his mother, who had recently died, and of his eldest daughter, who passed away at an early age.