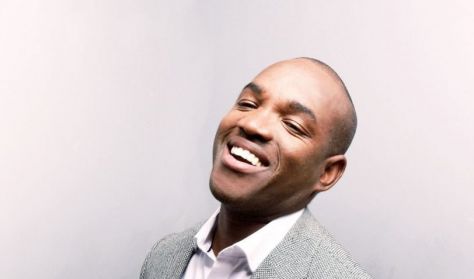 An important feature of bel canto is the way that it treats the voice as an instrument, expecting the singer to perform like a violin or flute virtuoso. The three world-famous singers demonstrating their special skills this evening consist of a soprano, a tenor and a baritone.  more

Bel canto - beautiful singing. An independent era and an independent school within the opera literature. But when is singing not beautiful, if the melody is nobly shaped, and the performer's voice and training are both excellent? This was not enough to satisfy the ideal of bel canto: at the turn of the 18th and 19th centuries, during the first wave of the Romantic movement, it was a cult surrounding the brilliant performance of richly crafted vocal parts, and the composers of operas often considered the experience of beautiful singing to be more important than even the presentation of dramatic conflict. Giving us a taste of this special treat at this concert will be three internationally successful artists.

An important feature of bel canto is the way that it treats the voice as an instrument, expecting the singer to perform like a violin or flute virtuoso. The three world-famous singers demonstrating their special skills this evening consist of a soprano, a tenor and a baritone. Russia's Lidia Fridman was born in the city of Samara in 1996. After initially studying in her native country, including at Jelena Obrazcova's courses in St Petersburg, she later graduated from the Benedetto Marcello Conservatory in Venice. She has enjoyed success across Europe, and in November 2021 jumped in brilliantly in the title role of a production of Lucrezia Borgia at Müpa Budapest. The versatile and virtuoso American bel canto tenor Lawrence Brownlee has had a decades-long international career. His aria concert scheduled here for 2020 unfortunately had to be cancelled due to the pandemic, so it will be an exceptional pleasure to finally hear him on stage at Müpa Budapest. Between the two age-wise is the baritone for the evening, Gyungmin Gwon, the first place winner at the 2022 Competizione dell'Opera International Competition in Moscow, where he also took the Müpa Budapest Special Prize. Hailing from South Korea, he is truly internationalising the concert's palette. Educated at the Detmold College of Music, he has won prestigious awards in a number of international competitions, with spellbound critics praising his performances. Taking the podium in front of the Pannon Philharmonic Orchestra will be Nikolas Nägele, a German conductor at home on opera stages around Europe who previously also served as choirmaster of the Deutsche Oper Berlin. The Müpa Budapest audience already had the chance to meet him at the 2021 Rossini Gala broadcast on Müpa Home.