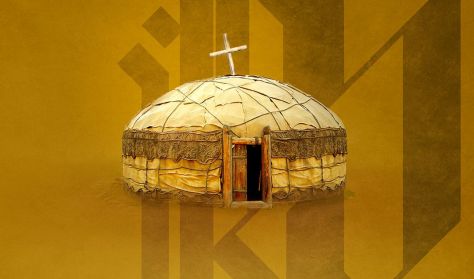 Rock-opera production in Hungarian, with Hungarian and English surtitles

By far the most successful of the Hungarian crop of rock operas, ever since its original album release Stephen, the King has had not only symphonic features but has also been pervaded by the vocal, closed number structure characteristic of traditional operas, the presence of large tableaus, and instrumentation that gives the rock music universal perspectives. The poems for Levente Szörényi, who approached one of the fundamental stories in Hungarian history through Miklos Boldizsar’s play titled Ezredforduló (Turn of the Millennium), was written by his old co-author János Bródy. The Hungarian State Opera production stages the work with operatic instrumentation and opera singers. Thanks to the entirely symphonic score by composer Levente Gyöngyösi and the opera singers participating in the production, the work completely sheds the need for amplification, allowing new treasures to be discovered in the atmosphere of Hungary’s largest theatre, the Erkel in the interpretation of Miklós Szinetár,  the doyen of Hungarian directors.

This production has been made possible through the mediation of the Zikkurat Stage Agency and Melody Kft.

Comic opera in one part, in five acts, in Fench with Hungarian and…