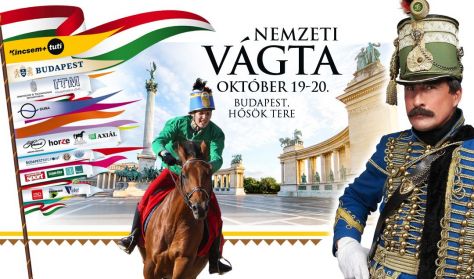 Between 19th and 20th October this year, all the horsemen from Hungary and from behind the Hungarian borders meet on Heroes’ Square to compete for the Golden Spur.
more

National Gallop is a significant traditionalist event of the country every year. Between 19th and 20th October, all the horsemen from Hungary and from behind the Hungarian borders meet on Heroes’ Square to compete for the Golden Spur. During the weekend, Andrássy Street becomes a traditional fair, permeated by Hungarian culture, gastronomy, and – of course – the spirit of the Hungarian Gallop. An essential part of the National Gallop is to cultivate national traditions, to build bridges between the Hungarian countryside and the capital, and to emphasize the importance of equestrian traditions in Hungary.

At home here and there